Steve Christie will talk about his new book Not Really “Of” Us: Why Do Children of Christian Parents Abandon the Faith? on Tuesday, December 9, from 3-4:30 p.m. in the Ward M. Canaday Center for Special Collections on the fifth floor of Carlson Library. A book signing will follow his talk.

Christie is a registered nurse who holds a bachelor’s degree in Psychology and a master’s degree in Business Administration from UT.

In the book, Christie discusses why children raised as Christians often leave their faith when they are in their twenties. He explains how parents can help children who are questioning their faith, and how they might help children who have already left their religion re-connect to it.

The event is free and open to the public. For more information on the book, see www.notreallyofus.com The University Libraries is happy to celebrate International Education Week with the campus.  Voices from around the world share their culture, views, and passions through their stories, biographies, poems, and speeches.  Read about that person or country that intrigued you.  Or check out the special international poetry display in Carlson Library’s lobby for inspiration.  More about International Education Week and UT’s events can be found at http://www.utoledo.edu/cisp/iew

Have you always wanted to try your hand at writing a novel? Well, this November would be a perfect time to make that dream a reality. November is National Novel Writing Month, fondly referred to as NaNoWriMo.  Carlson Library will once again be hosting write-ins to help you accomplish your goal. Each week we will provide a gathering place, tips, snacks, and support for a “novel-writing on steroids” experience! 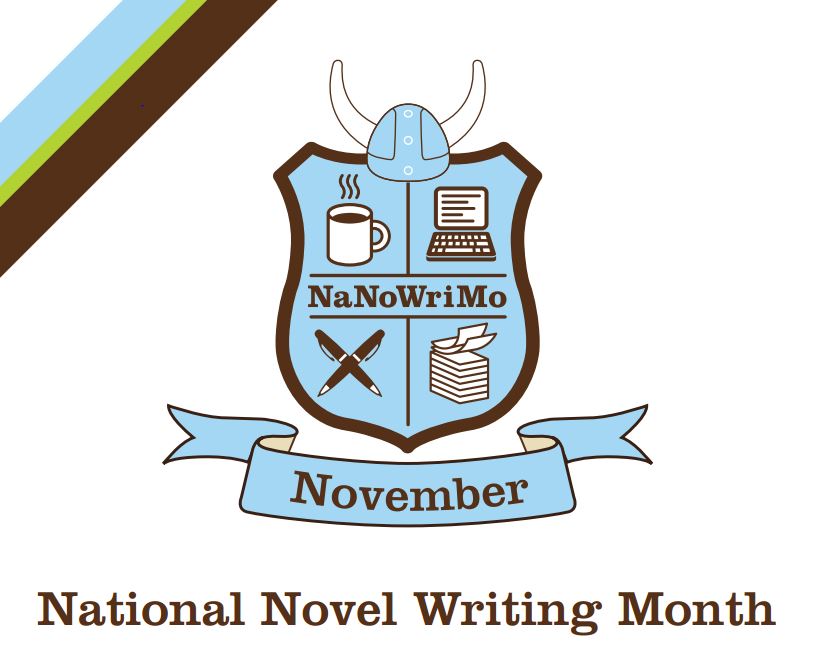 Kickoff will be Saturday November 1st from 1:00 pm to 4:00 pm in Carlson Library room 2010, and weekly “Write-Ins” will be held each Tuesday throughout November from 5:30 pm to 8:30 pm. If you are interested in joining us, please RSVP to nano@utoledo.edu.

NaNoWriMo events are open to all. Students, staff, faculty, friends and family are all invited to participate. Everyone has a story inside!

For complete details, visit our NaNoWriMo LibGuide at http://libguides.utoledo.edu/nanowrimo. Due to flooded work areas in our Interlibrary Loans department, your ILLiad interlibrary loan requests may require more time for processing.  We apologize in advance for any delay you may experience in receiving your materials as we clean up from our recent incident.  Thank you!

The UT Libraries will be celebrating National Library Week, April 13-19!

The theme of this year’s National Library Week is “Lives Change @ Your Library.” We will be featuring new READ posters of well-known UT alumni whose lives have been impacted by books, reading and libraries.

Fun events are also planned for both Carlson and Mulford libraries including used book sales; a lecture on bibliotherapy; creative readings by UT students; and game night:

The LexisNexis Academic research database has a new look for the new year.  LexisNexis is one of our best databases for finding current news from a variety of sources, information about legal cases and decisions, and basic business directory information.  They’ve simplified their interface with a single search box to search all of their content.  Use the ‘Search by Content Type’ to search in the major areas (News, Legal, Companies) and use the ‘Advanced Options’ below the search box to see further refinements based on the section that you are searching in.  Additional help is available from the pop-out menu on the left side of the screen.

The library is staying open longer, and more of the library will be open, during Finals Week for your studying needs.

Good luck on your exams and final papers!

Carlson Library celebrates International Education Week with the International Voices book display, where voices from around the world share their stories, views, and passions.  More information about the week’s events can be found at http://www.utoledo.edu/cisp/iew/calendar.html.

Just a reminder that in observance of Veterans Day on Monday, November 11th, Carlson Library’s hours will be different this weekend: